To educate us to awareness

The phenomenological approach highlights, among other things, precisely the relationship between consciousness and body.

Neurophenomenological research sees how action, as movement and perception, constitute an inseparable whole, and the world exists only in this permanent connection.

Today consciousness is an object of scientific study, and in particular of cognitive neuroscience, which owes much to Francisco Varela‘s phenomenological thinking and neurophenomenology. The phenomenon of consciousness is permanently connected with the organism and is part of the vitality of the organism, which moves against the background of the feeling of being there, is in direct connection and interaction with the world through the senses and movement, and is not in the head (which however guarantees the condition of possibility) but in the cycle (with the body, with the world, with others) and is therefore a distributed phenomenon.

Today we are in an era in which there is the primacy of images over other channels of perception, a primacy that aligns with the progressive growth of the virtual dimension. As far as consciousness is concerned, we need to re-evaluate the idea of an embodied knowledge, and therefore of an education that trains the use of the senses and the growth of sensitivity (senses, sensations, emotions): strategic skills to face the necessary epistemological change, and become a sustainable humanity.

Becoming a sustainable humanity requires knowledge that can produce change in the person who practices it, an embodied knowledge. In this regard also the status of science, with quantum physics, has changed, introducing the idea that the observer cannot remain outside the process of observation. And this change of perspective is also beginning to permeate the world of education, in order to strengthen the skills of individuals to produce the paradigm shift for sustainability.

On the objective of education designed in terms of sustainable development, the UNESCO Chair contributes by articulating its field of interest, the landscape, and starting from its coordinates, “Community of Knowledge” and “Generative Narrative“, with a focus that is the development of awareness, in individuals, groups, organizations, through self-knowledge. Therefore, the UNESCO Chair directs all its actions in this direction, as a goal and as a practice of lifelong education, in the perspective launched by UNESCO, of humanistic futures of learning.

Listening exercises in nature. In the age of the virtual, the landscape can stimulate a renewed relationship with nature, be the place of an education in sensitivity, give us back the embodied dimension of knowledge, take root on earth to face the evolutionary challenge of our species on this planet. 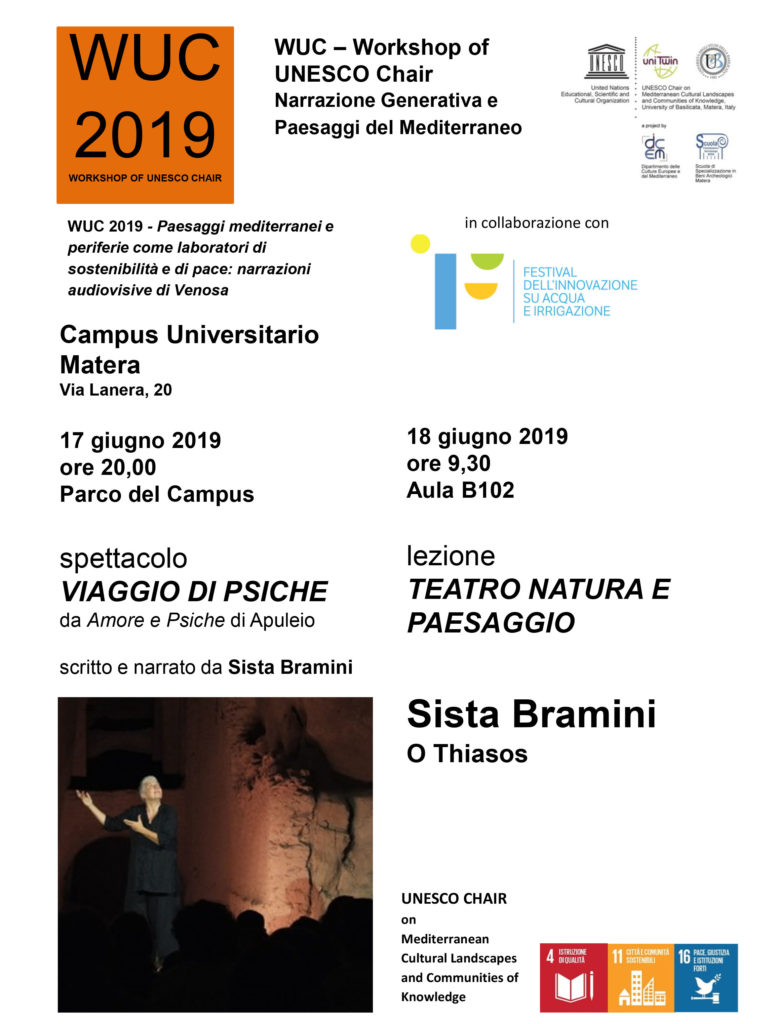