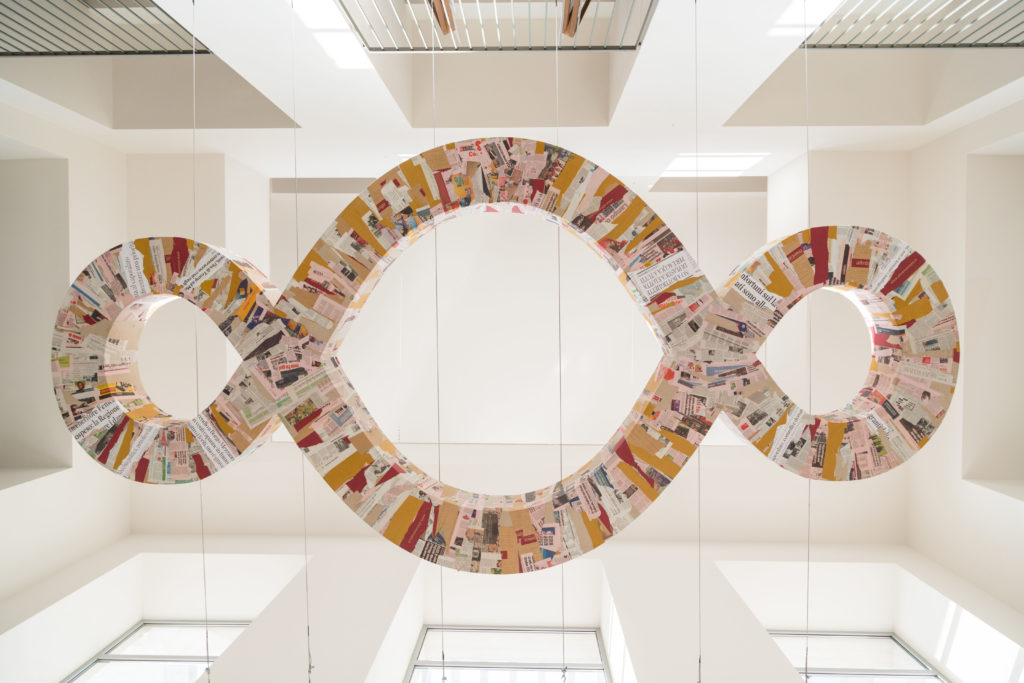 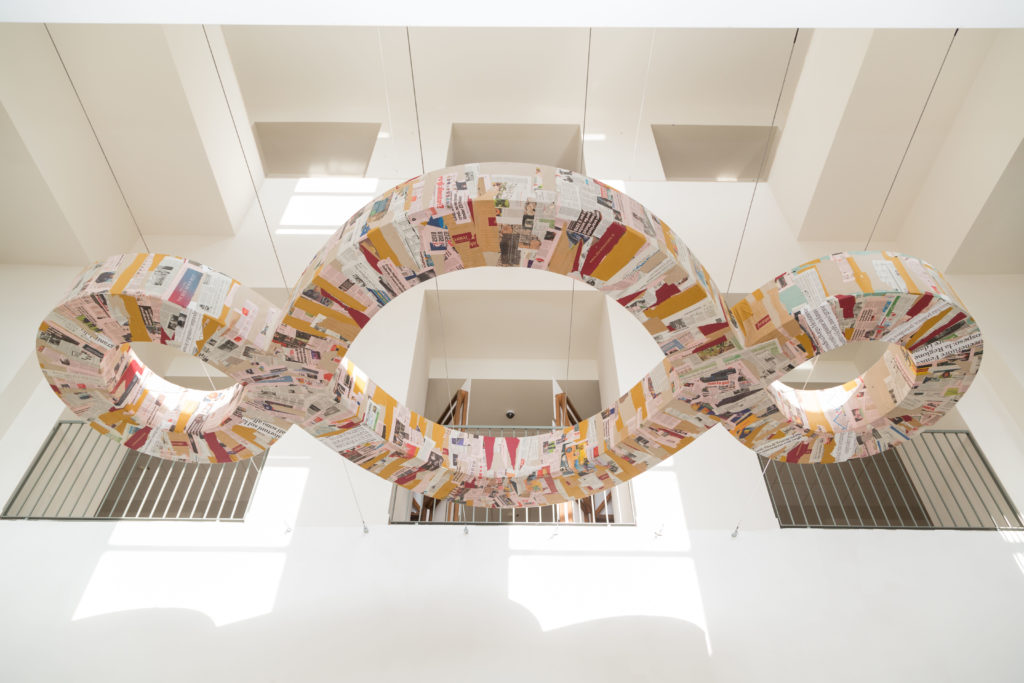 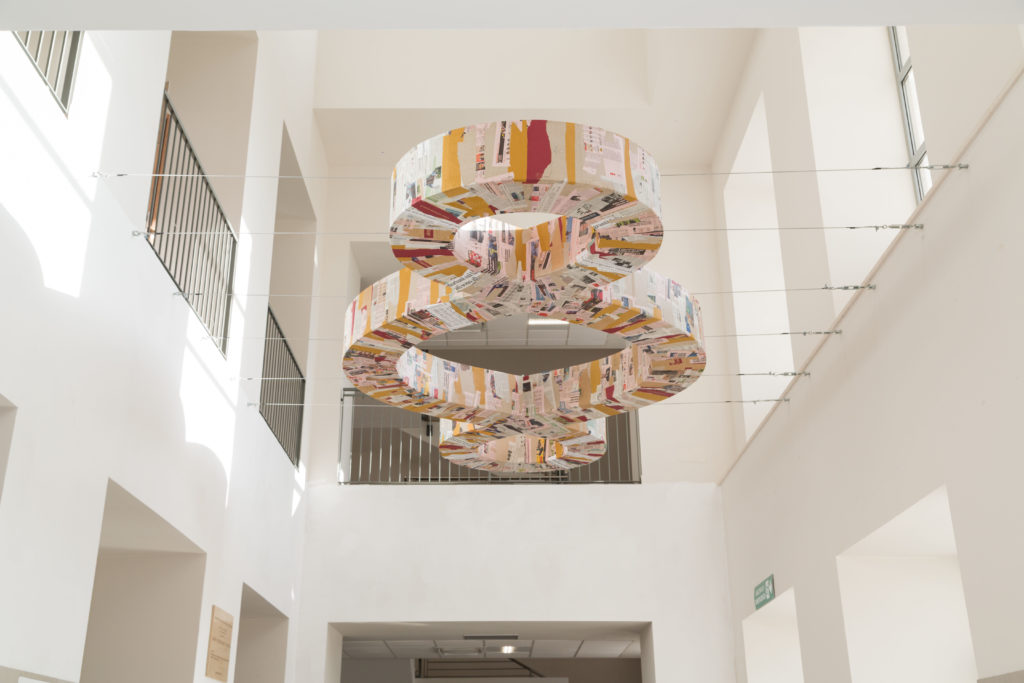 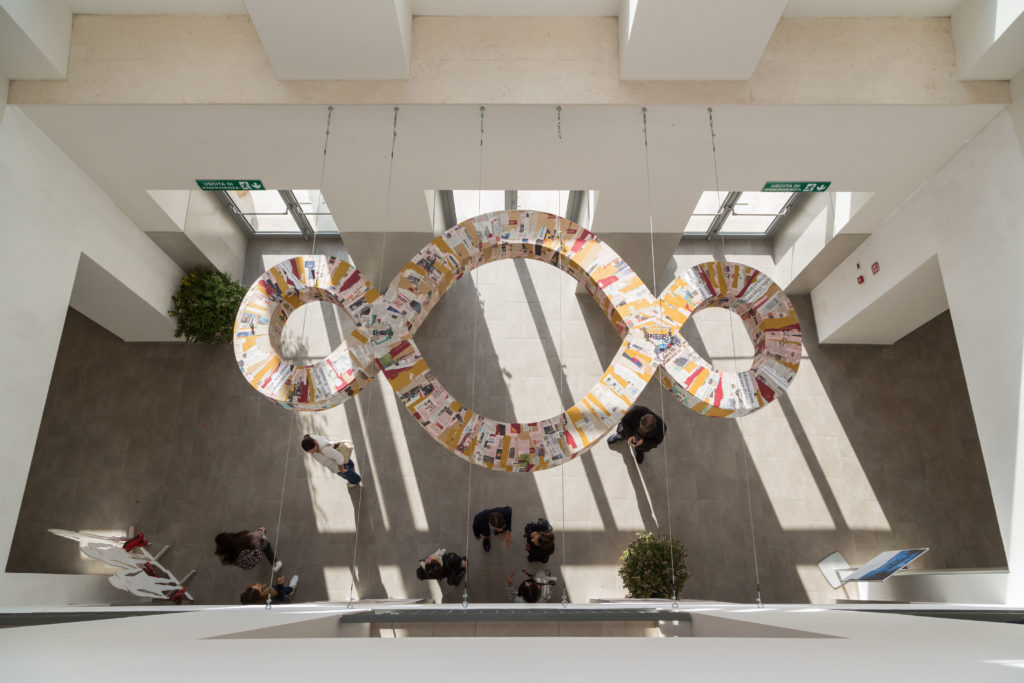 Michelangelo Pistoletto’s Third Paradise at the University Campus of Matera

Terzo Paradiso is a permanent installation designed site specific for the Matera Campus of the University of Basilicata by Michelangelo Pistoletto, a leading figure in international contemporary art. The work reinterprets and reconfigures the mathematical symbol of Infinity, at the center of which Pistoletto has opened a circular area that symbolizes, as he himself wrote, “the generative womb of the new humanity”, that is, a place of encounter and dialogue in which all opposites, represented by the two side rings, can find a conciliation. The possibilities of interpretation of the ‘trinamic’ symbolism of the Third Paradise, which Pistoletto has proposed in various ways in various international contexts since the beginning of the millennium, are manifold. One of the main ones is the search for a balance between nature – the ‘first paradise’ – and artifice, the ‘second paradise’; therefore between safeguarding the earth’s environment and the technological-industrial development that often threatens it. Another possible reading of the sign is summed up by the formula “Io-Tu-Noi”, which indicates the dialogical relationship between the self and the other by itself in the human community: a need that is particularly felt today also in relation to migratory phenomena in the Mediterranean area and related intercultural problems.

In the University humanistic and scientific research and didactics are flanked and dialogue, and also humanism and science can be interpreted as two of the possible dialectic polarities symbolized by the Third Paradise. But the work is also linked to Matera and its traditional culture: the sculpture was in fact made, following Pistoletto’s instructions, by master craftsmen Raffaele Pentasuglia and Massimo Casiello using the papier-mâché technique on wooden armor, and then installed suspended in the hall of the main pavilion of the Campus thanks to steel cables. The work, therefore, creates an encounter between the artist’s thought and the artisan knowledge of Matera, between a global vision of art and the heritage of local material culture.

By Pistoletto’s will, the covering of the Third Paradise was made with newsprint, a material he had been using since the 1960s, at the time of his adhesion to Arte Povera, with the intent of updating the artistic message by enhancing its communicative and social values. The newspaper clippings, in fact, were not chosen by chance but by selecting news related to the most pressing problems and the most significant events of the present.

The initiative, promoted by UNIBAS thanks to the Rector Aurelia Sole, was proposed and curated by Mariadelaide Cuozzo, Professor of Contemporary Art History at the University of Basilicata, and by the architect Raffaela Zizzari, Ambassador of the Third Paradise and Artistic Director of the Castle of Gallipoli, giving concrete form to an idea born in 2018 from a meeting between them during the course of High Mediterranean Studies organized by UNIBAS and the Jacques Maritain Institute.

The inauguration took place on 25 October 2019 in the presence of Michelangelo Pistoletto, who donated the work to the University.